Kawasaki, Japan — Mitsubishi Fuso Truck and Bus Corporation (MFTBC; headquarters: Kawasaki City, Kanagawa Prefecture; President and CEO: Hartmut Schick), announces that the new light-duty Canter truck will be introduced to European markets. Orders for the new truck will start from this month, in anticipation of the start of production at the Tramagal plant (Portugal) planned for December 2021.

The FUSO Canter is a leader of the light-duty segment in various markets around the world including Europe, and over 4.5 million units have been produced to date in response to its global popularity. In 2020, the Canter registered a regional market share of 26% among trucks 10 tons and under. Strong sales have continued through 2021 as well, supported by demand for last-mile deliveries. In order to cater to various customer needs, the Canter is offered in five weight classes (3.5 tons to 8.55 tons), with three engine types, as well as three different cabin variations. All variants will meet the Euro VI Step E emission standards.

The new Canter for Europe also now comes with Active Sideguard Assist® as an option on top of the Advanced Emergency Braking System (AEBS), Electronic Stability Program (ESP®**) and Lane Departure Warning System (LDWS), which have been available from the previous model. Active Sideguard Assist® mitigates the potential for collisions on the passenger side of the truck. With radar sensors, the truck is able to detect if there is any risk on right turns, supporting drivers with better road safety during their urban delivery routes.

Like its counterpart for the Japanese market, which was launched in November 2020, the new Canter for Europe has been given a redesigned cabin. With the new cabin, drivers are provided improved noise insulation for sustained comfort during shifts. The face has also been upgraded with the FUSO “Black Belt” design motif, which integrates LED headlights common to other products in the Japanese lineup. The structure of the front grill also contributes to efficiency in the vehicle assembly process while creating a sleeker, uniform appearance. With this technological and conceptual renewal of the iconic Canter, MFTBC aims to maintain its strength in the European light-duty segment. 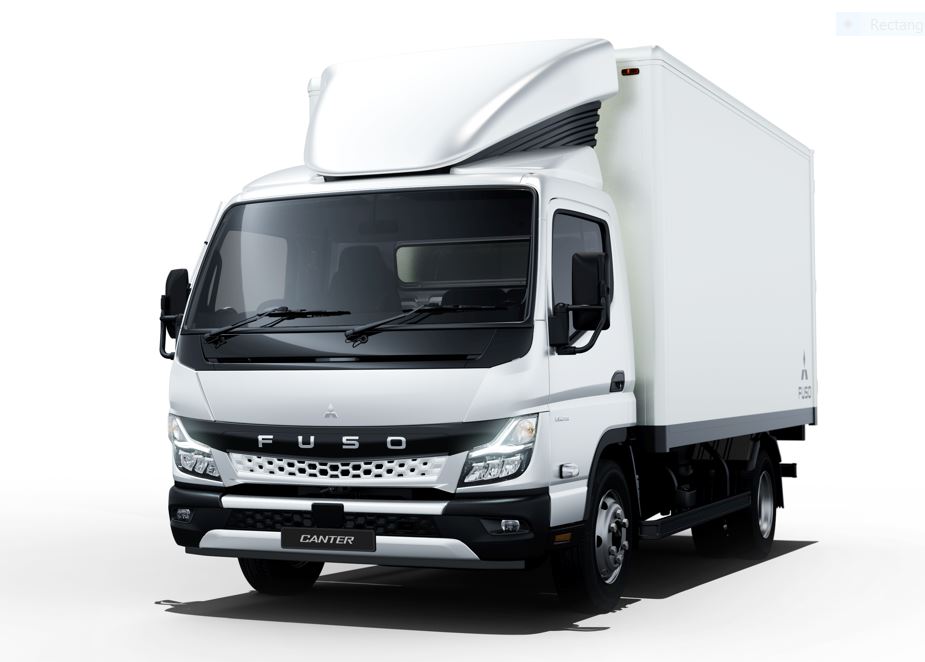