・In October, Australia Post will become the first customer in Australia to add the eCanter to its electric fleet
・The eCanters will operate in major cities completing parcel deliveries

In October, Australia Post will become the first local customer to integrate the electric light-duty truck into its daily operations. Australia Post is a government business enterprise providing postal services in Australia. The organization has the largest electric fleet in the country, with over 3,000 electric delivery vehicles. The eCanters are expected to contribute to Australia Post’s target of reducing overall emissions by 15% by 2025 from 2019 levels.

The eCanter trucks will run in major cities across Australia to support parcel deliveries. Australia Post’s StarTrack subsidiary, which provides express logistics solutions for enterprises, will also be operating the eCanter. The trucks will be supported by the FUSO retail network and the e-mobility experts of Daimler Truck and Bus Australia, which oversees the import and distribution of FUSO, Mercedes-Benz, and Freightliner brand commercial vehicles. 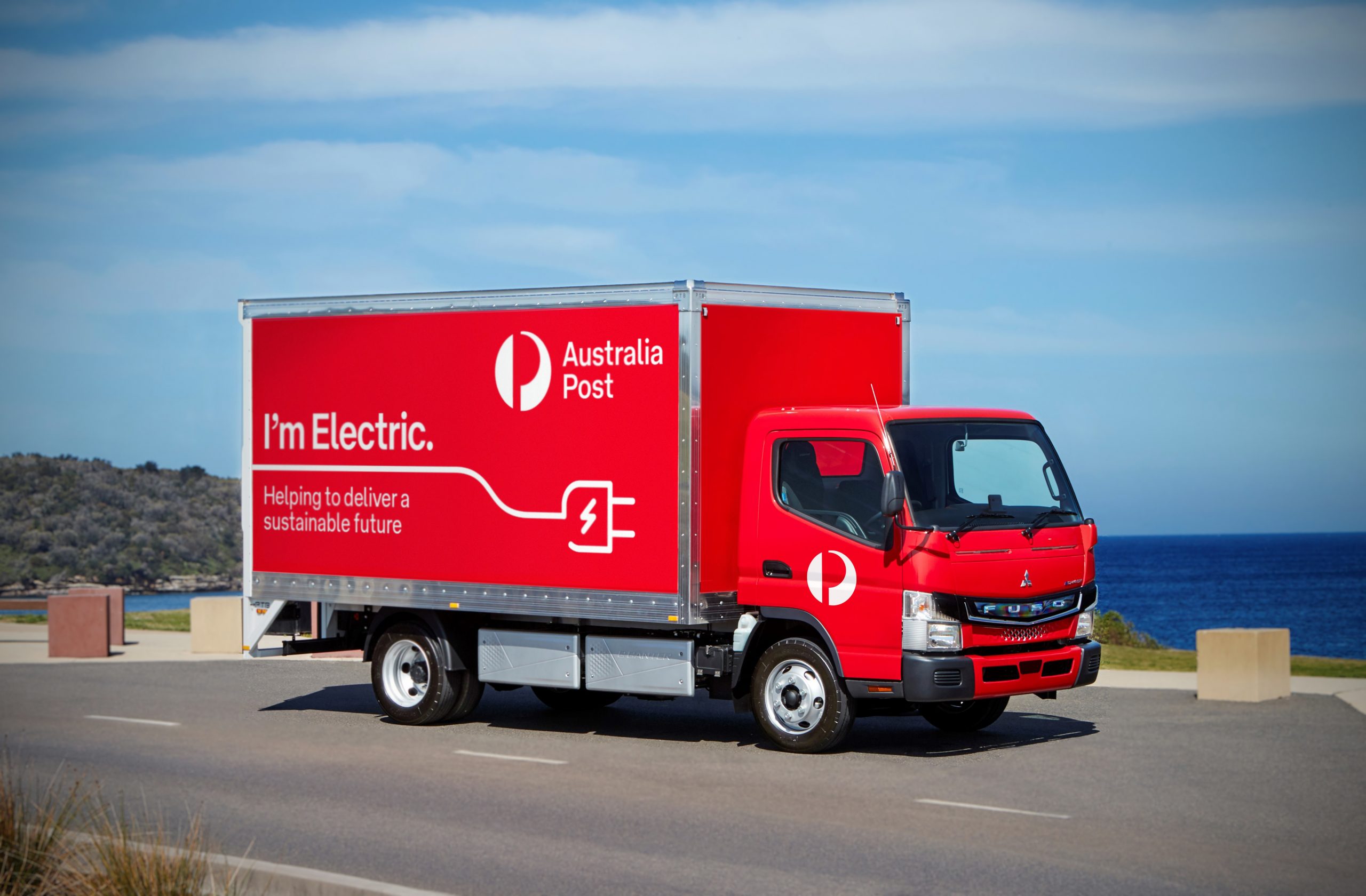 20 units of the eCanter will be delivered to Australia Post

About the eCanter
The eCanter is the series-produced all-electric truck developed by MFTBC as a solution to urban environmental issues such as noise, exhaust gas and CO2 emissions. The eCanter, which falls under the 7.5-ton gross vehicle weight class, ensures a range of about 100 kilometers per charge. The electric drive system carries a motor (maximum output: 135 kW; maximum torque: 390 Nm) and six high-voltage (370 V, 13.5 kWh) lithium-ion battery packs. With quick-charging stations, the vehicle only takes up to approximately 1.5 hours to fully recharge.

MFTBC at a Glance
Based in Kawasaki, Japan, Mitsubishi Fuso Truck and Bus Corporation (MFTBC) is one of Asia’s leading commercial vehicle manufacturers, with 89.29% of its shares owned by Daimler Truck AG and 10.71% by various Mitsubishi group companies. An icon in the Japanese commercial vehicle industry with a longstanding history of more than 85 years with its FUSO brand, MFTBC manufactures a range of commercial vehicles including light, medium, and heavy-duty trucks and buses, and industrial engines for over 170 markets worldwide. In 2017, MFTBC introduced the eCanter, the first all-electric light-duty truck in series production in Japan. In 2019, the Super Great – Japan’s first heavy-duty truck fitted with Level 2 Automated Driving Support Technology – followed as a benchmark in the Japanese commercial vehicle market. MFTBC operates under the umbrella of Daimler Trucks Asia, together with its partner organization Daimler India Commercial Vehicles (DICV) in India. This strategic unit allows the entities to collaborate on areas such as product development, parts sourcing and production to provide the best value to customers.